Come socialize with us!

Russound in the News

The new Russound app is now available in the App Store and Google Play Store!

We are very pleased to announce the launch of the newest way to control your Russound audio system! 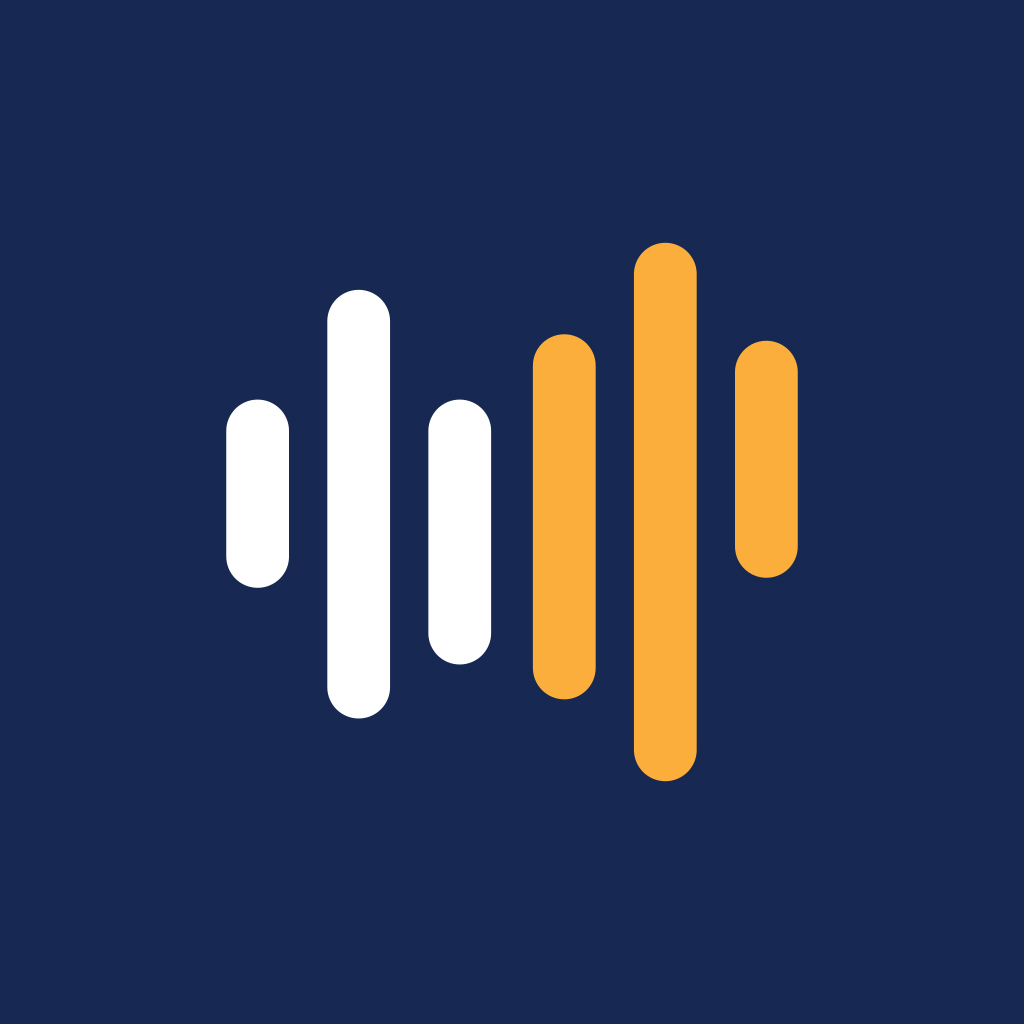 The Russound app was developed with all of the user feedback we’ve received on the original MyRussound™ app and takes advantage of all of the newest features available to Russound’s latest products to make listening to your Russound audio system as easy as ever while bringing intuitive control to everything from small audio systems of only a few rooms in the home to the most complex audio installations of up to 48 rooms.

The Russound app was built entirely from the ground up and designed to natively support both iOS and Android devices. This has given us the ability to add new features and at the same time, improve reliability and dramatically improve the overall system responsiveness.

Here are some of the key new features:

In order to simplify using the app, we’ve added a new, always available navigation bar at the bottom of the app: 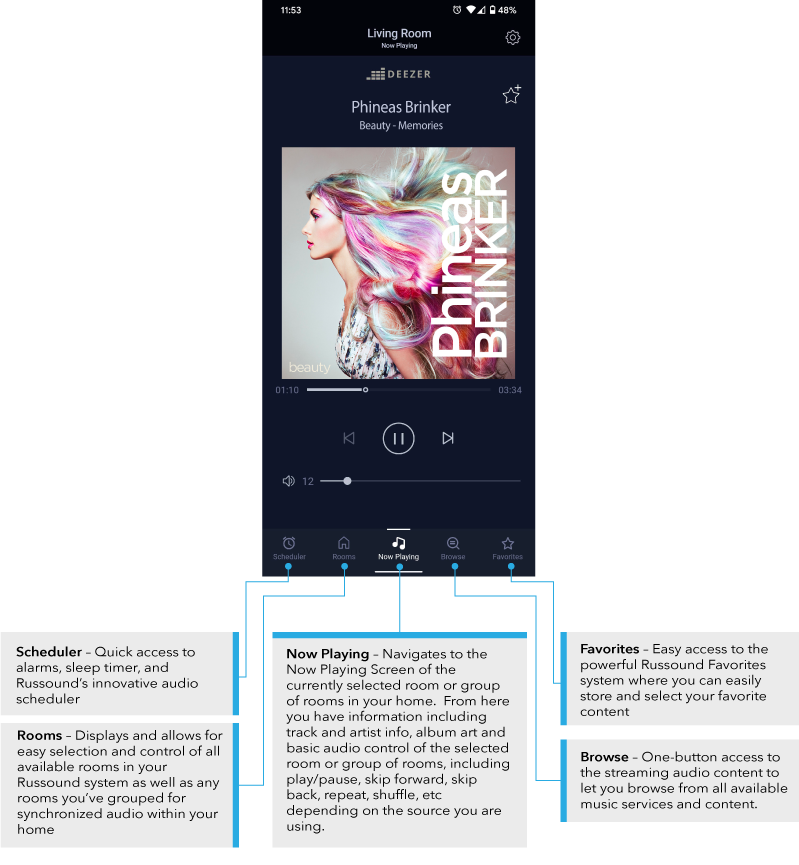 Playing the same music in multiple rooms of your home and making sure that the music is synchronized everywhere is a key feature of any multiroom audio system and it’s never been easier than with the new Russound app. Simply go to the room list and tap the speaker icon in the room that you’d like to have share its music to other rooms in your home. Then, it’s as simple as tapping each room that you’d like to add.  You can add/remove rooms later by following the same process and simply deselecting any rooms you want to remove and selecting any rooms you’d like to add!

With the almost unlimited selection of music available, being able to quickly and easily navigate to the song, artist, album that you’re looking for is a key to enjoying any music system.  Browsing has never been quicker for Russound products than on the new app. You can even use our music streamers’ WebConfig tool to re-arrange the available music services to put your customer’s favorites at the top of the menu and even hide services that your customer doesn’t use so that they don’t clutter the navigation.

The new Russound app includes easy-access support for both room-based and app-based favorites, letting you customize them as needed. Want a favorite that anyone in the home can access through any phone/tablet running the Russound app? Save it as a room favorite. Want to have your own personal favorites that you can quickly play in any room in your home? Save it as an app favorite.

Russound Favorites are the fastest, easiest way to play your favorite music content again and again and the new app makes it easier than ever to save, browse and select them.

While we can’t translate everything, we have made sure to translate all of the available text within the app itself to make our new Russound app as friendly as possible for our non-English language users around the world. At launch, the Russound app supports:

Our users have asked us for some time to make it easier to use some of our innovative scheduling features and our alarms and the handy sleep timer. Getting to these is now part of our new navigation bar and is available quickly from anywhere in the app. While many audio systems allow for an alarm or a sleep timer, the advanced scheduling features available from Russound give you the ability to add advanced automation to your listening routines that was previously only available through expensive 3rd party control systems.

While creating the new iOS app, we re-designed the iPad screen layouts to take advantage of the extra screen space available and maximize the ease of use for our customers. The new design style also closely matches the iPhone style, so that a user can easily transition from one iOS device to another without having to learn two different screen layouts.

While laying out the larger screen layouts for the new iPad design, we took the same layout and applied it to our Android tablet layout. Rather than just get an expanded phone view, Android tablet users will now get the same expanded layout that had previously only been available to our iPad users.

We know that each of you uses your mobile devices differently and designed our new app to be as flexible as you are.  For that reason, the new app fully supports both Portrait and Landscape orientations on both phones and tablets.  Watching a video on your mobile in Landscape orientation and want to quickly adjust the audio in another room? With the new app, you don’t have to rotate your device like some other apps make you do. Use the new Russound app the way that best meets your needs.

Other Important Items to Know About the New Russound App

The Russound app is designed for all network-connected Russound products sold since 2015 including the following:

The following legacy Russound products are not compatible with the new Russound app but will continue to be used with the existing MyRussound app:

In order to work properly with the new Russound app, the following firmware versions are required for these Russound products:

The Russound app will display a warning message to any user if any of the above devices is detected that requires a firmware update with instructions that they may continue to use the MyRussound app to control their system.  All of the above devices except the MCA-88X will automatically update to the latest firmware version as long as they were not configured to disable automatic updates.

All users with an MCA-88X with older firmware who wishes to use the new Russound app will need to manually update their firmware using “Web Update” on the product’s WebConfig page.  We recommend proactively reaching out to any of those customers to let them know about the new features that might now be available to them depending on their current firmware version and performing the update on the next scheduled service visit.

We are very proud of the new Russound app that was created based on all of your feedback.  We are eager to get your thoughts on the new app and any future improvements that we can make to it.  Please send any comments or suggestions to .

Thank you for your support of Russound and its products